Back to About us

The boroughs in which we work are amongst the most diverse in London and the country as a whole. Our staff reflect this diversity and the communities we serve.

We’re equally committed to providing care and services which are inclusive and treat everyone with respect.

We come from diverse backgrounds, speak many languages and represent many different faiths and beliefs. But, together, we’re one team. 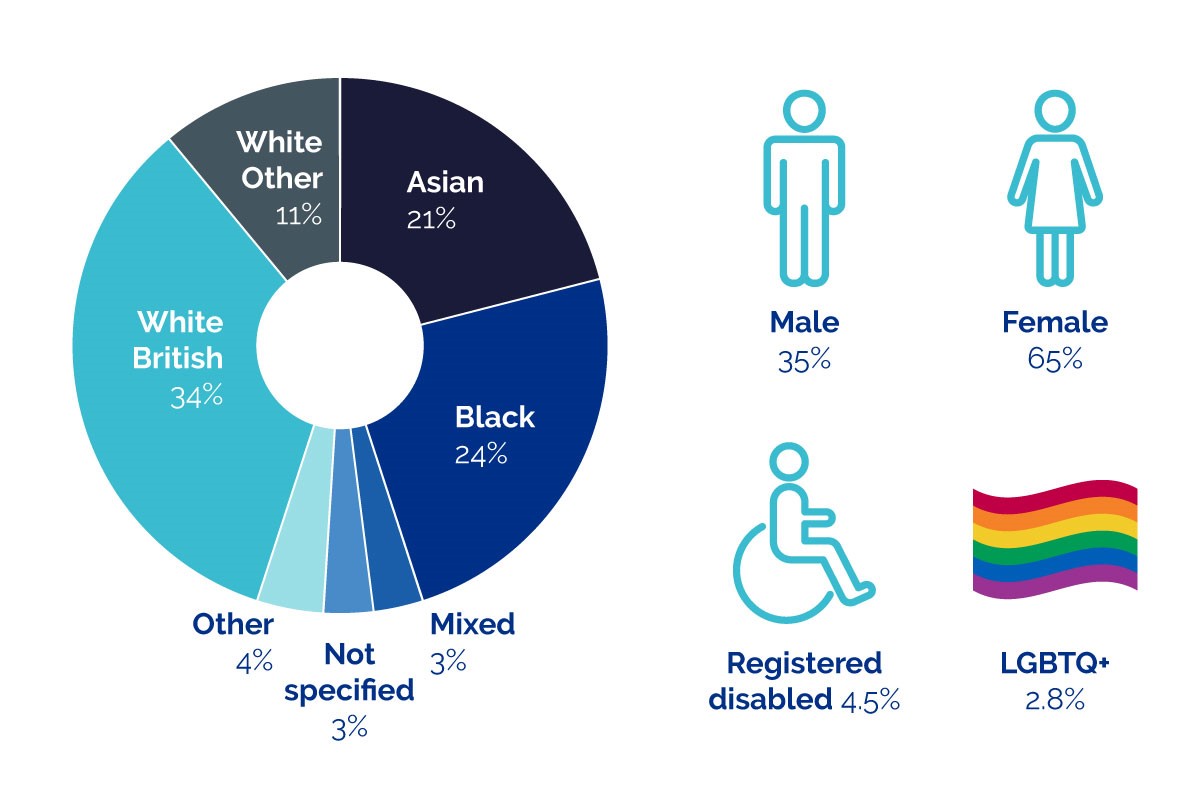 We’re committed to treating everyone fairly - our staff, those who use our services and their families and carers – in line with the Equality Act 2010.

The Equality Act 2010 provides protection from discrimination for the following protected characteristics:

As a public body, we’re required to have due regard to the following duties in carrying out our work:

This is known as the Public Sector Equality Duty.

Under the Equality Act 2010, we’re required to develop and publish our new equality objectives and set out how we’ll measure how we deliver these over the next four years.  Our current objectives include:

These objectives aim to strengthen our performance in meeting our public sector equality duty, focusing on:

Our priorities are aligned with:

We track our progress towards staff from black and minority ethnic (BAME) backgrounds having equal access to career opportunities and ensuring their fair treatment in the workforce against a set of nine measures in the Workforce Race Equality Standard (WRES).

In April 2015, it became a mandatory requirement for NHS Trusts to report their performance against these WRES measures every year.

The gender pay gap shows the difference in the average earnings of men and women in an organisation. This is different from equal pay (where women and men must be paid the same for doing the same work) which has been a legal requirement in the UK since 1970.

As from April 2017, all organisations employing over 250 employees have been required to publish their gender pay data every year.

Read the report outlining our position in relation to the requirements of the Equality Act (Gender Pay Gap Information Regulations) 2017, with details of our proposed actions to address the Trust’s gender pay gap.

Gender pay reporting was suspended for 2020

NHS Trusts are required to measure their performance against a set of ten measures to compare the experience of their disabled and non-disabled staff and to publish the data every year.

Our people and culture