National Guardian for Freedom to Speak Up visits Trust

On Wednesday 17 August, West London NHS Trust was visited by the National Guardian for Freedom to Speak Up in the NHS, Dr Jayne Chidgey-Clark.

The visit was hosted at Clayponds Hospital in Ealing, where Dr Jayne Chidgey-Clark met with  Trust senior leadership, to receive an update about the organisation’s Freedom to Speak Up programme. 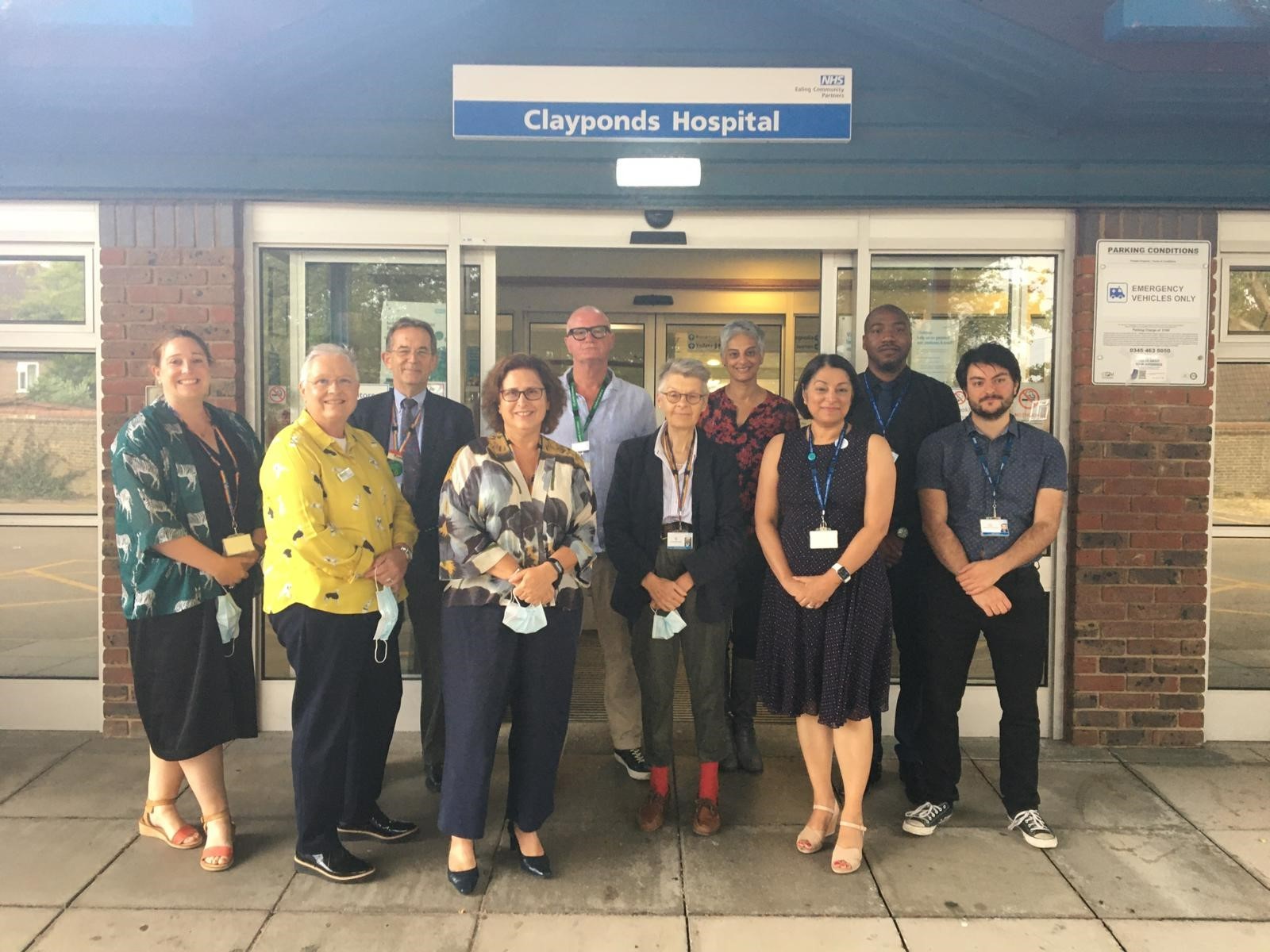 The programme asks staff to 'speak up' about anything that prevents them doing their job, for example, bullying and harassment.

In 2016, the Trust appointed Sally Glen, one of its non-executive directors, as the Trust's Speak Up Guardian.

Since then, the Trust has rolled out an internal Freedom to Speak Up programme, with Michael Neville taking over from Sally as Speak Up Guardian in 2021. Freedom to Speak Up guardians provide confidential advice and support staff as they go through the process of raising a concern.

As part of this work, the Trust created a dedicated Speak Up page on the Exchange, the staff intranet, Speak Up posters which can be displayed around the Trust, and is preparing a Speak Up roadshow in October to spread the word during Speak Up Month.

Dr Jayne Chidgey-Clark said: "I've been here today at West London NHS Trust having a really important discussion with senior leadership and Michael Neville, the Freedom to Speak Up Guardian, regarding what the Trust is doing to improve the Speak Up culture across the whole organisation.

"Speak Up culture is so important for both worker well being and for people who use the services for their safety, so we've been talking about the work the Trust is doing to improve their Speak Up culture. I've got lots of learning and case examples of things I've been hearing about."

She added: "I can see that the organisation is on a journey to improve its Speak Up culture."

Michael Neville, the Trust's Freedom to Speak Up Guardian, said: "Jayne kindly came along today to meet with us. Predominantly what I've learned is that we need to keep on chipping away to improve the Speak Up culture. It's not specific to one directorate, or one managerial class, it's specific to all of us, and that's hugely important and without it we won't hear about what's going wrong and what needs to improve."

During Dr Jayne Chidgey-Clark’s visit, the Trust revealed that between 2021/22 there were a total of 52 Freedom to Speak Up incidents and 29 of these related to bullying and harassment.

As part of this, the workforce team explained its intervention plan to make sure this number decreases, including staff training, workshops, the Speak Up programme and restorative and early resolution. This means moving from being punitive and inflexible to a more collaborative, informal and problem solving workplace.

The Trust's Deputy Director of Workforce, Nathan Christie-Plummer, revealed that 50% of restorative and early resolution cases resulted in a positive outcome.

The Trust remains committed to listening to its staff and taking a proactive approach to tackling issues within the organisation.